We get one compliment from our users time and time again - "wow that was fast". ServerFlex has, by far, the fastest game server deployments of any hosting company on the market today. We can literally have you in game in under 10 seconds at any of our locations worldwide, for any supported game. We've have engineers from AWS and OVH using our platform and many other software developers complimenting the speed and reliability of the deployment process, but how did we do it - that's what we're going to discuss today.

How does it work, you might be asking - well, it all starts with.... nothing. No base software, no multi-craft, no TC Admin - nothing. To get the blazing fast deployment speeds that we were looking for we knew we had to build our own technology - so we did! The entire ServerFlex deployment process is built by our team and it has successfully deployed thousands of servers around the world - the vast majority of which were within the 10 second target.

Let's take a step back and look at the requirements we had when were designed our deployment system:

After weeks of research we finally determined we would use Linux Containers for our containerisation software and we would build everything else in-house, on top of LXC. Linux Containers provided us with a flexible and extendable way to build the product we envisioned and with no licensing fees it is also cost effective.

After we decided on our containerisation software we got to work building our infrastructure. Using experience from a previous IoT company we quickly decided to adopt an approach of scalable and distributed from day one - building a monolithic system to get to market quicker was not going to work out well. After the first two months we had built the base level for our command-and-control servers that would act as relays and pass data around our cloud. This is one of the first big wins that we had from building in-house, our system is distrubited by default and it will automatically load balance, this allows us to perfectly fill our dedicated boxes and save money, and we pass that saving onto you!

The next big win for our cloud was building an internal caching system that would automatically cache shared resources so they could easily be copied or references in servers - this one alone saved us nearly 30 seconds on our deployment times! The caching layer was by far one of the most fun parts of this system to build - the technical challenge of extracting every millisecond of performance out of the system was a great competition for the team.

Did somebody say top of the line hardware? Yes, it was us! This is another key way we can achieve such speeds - we only use the best hardware. We know that many hosting providers have slick sales lines of  "top of the line hardware" but we're not BS-ing here. We only sell hardware on dedicated boxes we would use ourselves. We are fortunate enough to operate at a scale where we can negotiate bulk deals with providers bringing down the cost.

ServerFlex holds the record for server deployment speeds, by far, no other company on the market even comes close to us. Our system is completely automated, resilient and scalable - it's why we're rapidly becoming a market leader for game server hosting. Enterprise customers entrust ServerFlex with their business and you should too! We may not be the biggest player in the game hosting market, but if you're looking for speed and reliability there is one clear choice . :D

ServerFlex has undergone a massive expansion campaign in 2021, we've moved from being available only within the UK to now supporting 5 locations across multiple continents. 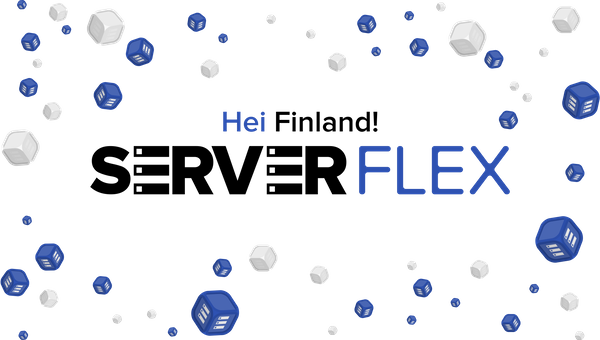 We are continuing our global expansion and we are happy to announce a new location is now available in Helsinki, Finland - all games are supported and most/all of