Minecraft Realms is a service ran by Mojang that allows you to host your own server for both Java and Bedrock Edition. The platform was thrust onto the world stage in April 2014 after a pilot was ran in Sweden in December 2013. Realms is a complete hosting service provided by the makers of Minecraft (Mojang) who were more recently acquired by Microsoft. With Realms you can create your own Minecraft world in the cloud and play with up to ten friends without having to be on the same network.

Minecraft server hosting as a paid service has been around for well over a decade - however up until Realms we hadn't seen such a tight connection with the game developers, instead third party companies (like ServerFlex) would provide the hosting and you would connect to a server by typing the IP address of your server into the multiplayer part of the game. The integration into the Minecraft PC and Console client makes Realms incredibly easy to setup and connect. In this article we're going to take a deep-dive into Minecraft Realms to help you figure out if it is the right hosting service for you.

The benefits of Realms.

The downsides of Realms.

Pricing - How expensive is Minecraft Realms?

Starting at £6.99 for one month. Minecraft Realms is one of the most expensive hosting solutions on the market. This price can be reduced slightly by committing to a long term rolling agreement for your server, but even at a price of £5.99 this is enormously over priced for what you get.

Mojang are very secretive about their hosting, however after a quick search we can quickly find that they are hosted on Azure. It is no surprise to see them using the Microsoft Cloud, they are part of the Microsoft family after all. There is no doubt that Azure are providing their services to Mojang at a reduced price than what is available to other companies in the market - which makes it so surprising to see the cost of Realms being so high. The starter hosting plan by BattleCrate starts at just £5/month with no commitment! The differences in pricing don't stop their either; using Minecraft Realms you are forced into a month of hosting regardless of how long you actually intend to play for - what do you do if you only want to play for a few days? Are you just going to throw away the remaining month of Minecraft server hosting? No - is the obvious answer. When you choose ServerFlex you don't have to - our Minecraft servers can be purchased on a pay-as-you-go basis meaning you can stop paying for your server when you stop playing the game - it's common sense when you think about it.

"Why don't Minecraft Realms offer a similar billing model"  I can hear you asking -  the secret is: they do. If you have ever used Minecraft Realms before you will notice that if you don't connect to your server for a while and then try to go back to it, it will take up to thirty seconds to load. Why is that? The answer is simple, Mojang stop hosting your server, and keep charging you. When you stop playing on Minecraft Realms they simply stop your server and store it for later - then they resell your server resources to other customers in a cost saving exercise. When you next want to play on your server they retrieve it from storage and start it again. It's dishonest at best and blatant over-charging at worst. No other hosting provider operates like this.

It's very obvious to see why Realms is a terrible deal if you care about pricing. For the best Minecraft server hosting alternative, you should check out our Minecraft servers - we promise to never behave like Mojang. You don't have to take our word for it either, you can try our servers yourself completely free - what do you have to lose? Even Steve is on team ServerFlex these days!

Mojang really do know how to make simple to use products - the tight integration into Minecraft makes Realms the easiest server hosting solution out there. But at what cost? Features, that's what. If you are interest in playing modded Minecraft or would like to install any plugins to your server you should forget about it: Minecraft Realms does not support mods or plugins. If you want to play a Vanilla Minecraft or a very limited number of preset games then Minecraft Realms may be the right choice for you - but Minecraft has so much more to offer, an enormous range of plugins and mods can make your server easier to run, more fun to play and even custom game modes not available with the Vanilla game.

As mentioned previously you don't need to enter an IP address for Minecraft Realms, you simply click the "Realms" button on the main menu  - but the difference is literally a few clicks to copy an IP address and add it as a saved server in Multiplayer. We definitely think it is worth the extra seconds of setup time in exchange for infinite possibilities with plugins and mods - don't you?

That concludes our review of Minecraft Realms! As you can see Minecraft Realms may seem like a great hosting solution on the surface but the service they provide is one of the worst in the market, and for one of the highest price tags! We certainly won't be hosting with Mojang anytime soon - what about you? 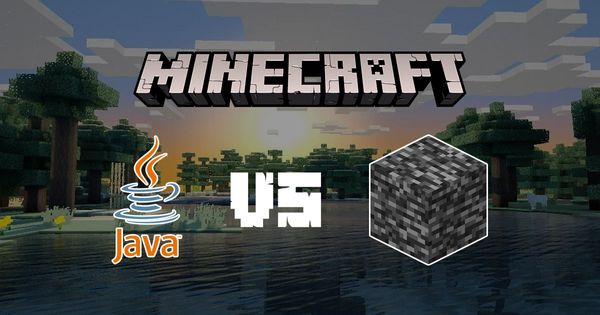 If you're not familiar with Minecraft you might be confused by terms like Minecraft Java or Minecraft Bedrock Edition - it's important to understand the differences between the two. In this article we're going to discuss the differences and what they mean for you.

Only pay for the time you're actually using your game server - short term game server hosting is finally a reality, with ServerFlex.